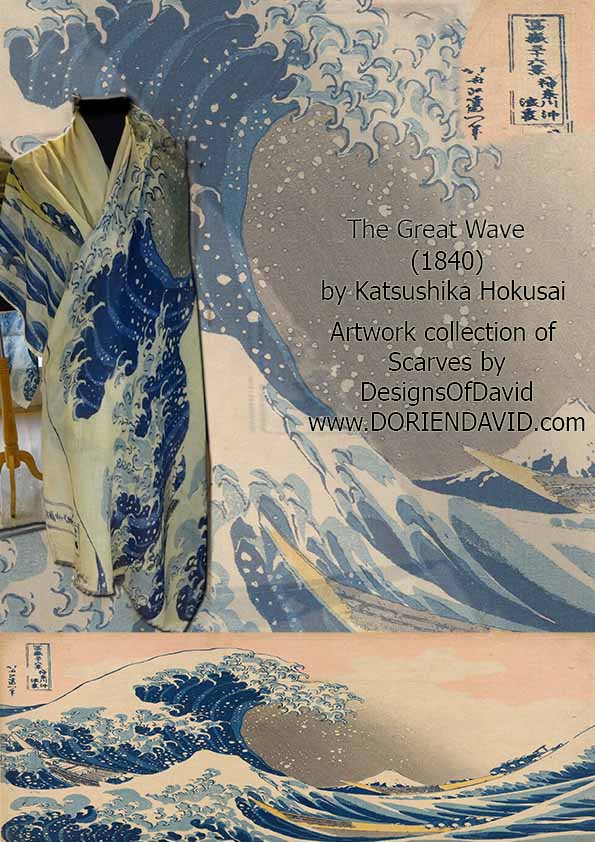 Scarf VIEW of the Golden Bend in the Herengracht, 1672 by Gerrit Berckheyde, Rijksmuseum Amsterdam €95.00

Hokusai (1760-1849), one of Japan’s foremost artists, was born in Edo, present-day Tokyo. From one teacher he learned woodblock printing; from another he learned design. His first prints appeared in 1779. He published under almost 100 different names, such as the Old Man Who Loves to Paint. He adopted the name Hokusai in 1797. While he also painted portraits and still lifes, it was as a landscape artist that Hokusai achieved fame. Best known is his series of views of Mount Fuji. In addition to prints, Hokusai also drew and painted. His remarkable depictions of scenes from real life and his experiments with technique had a huge impact on his contemporaries. One admirer was the young Hiroshige. Western artists such as Van Gogh and Gauguin also drew inspiration from Hokusai’s work. Hokusai died in his native Edo.