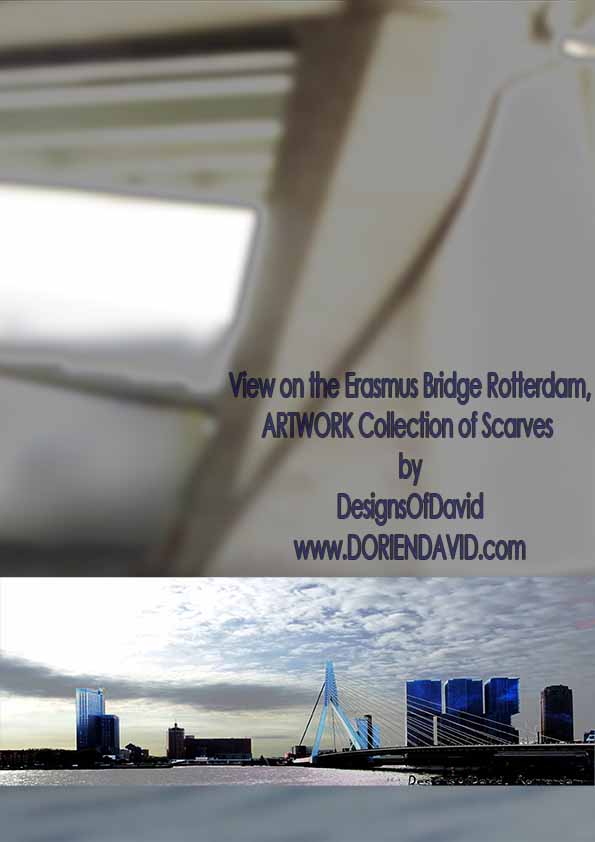 Scarf View on the Erasmus Bridge of Rotterdam (blue), by DesignsOfDavid

Erasmusbrug (English: “Erasmus Bridge”) is a combined cable-stayed and bascule bridge, construction began in 1986 and was completed in 1996. It is about 800 meters  long and 139 meters high and crosses the river Nieuwe Maas in the center of Rotterdam, connecting the north and south parts of this city, second largest in the Netherlands. The bridge was designed by Den van Berkel and named in 1992 after Desiderius Erasmus, a prominent Christian Renaissance-humanist also known as Erasmus of Rotterdam. The asymmetrical  pale blue pylon with a prominent horizontal base, earning the bridge its nickname “The Swan”.

The Erasmus Bridge is Rotterdam’s most important landmark and is even part of the city’s official logo.