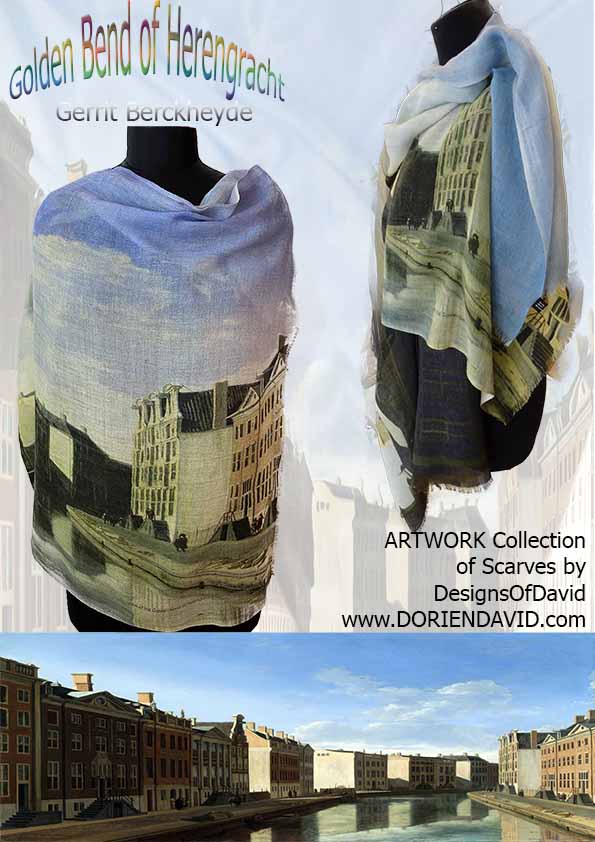 View of the Golden Bend of the Herengracht, 1672 by Gerrit Berckheyde, Rijksmuseum Amsterdam, scarf

Due to the enormous increase of its population, Amsterdam had to expand during the 17th century: the city’s rings of canals were dug in phases. Here we see the Herengracht under construction, with a few lots still empty. This particular section of the canal became the domain of the very richest. Some of the residents earned their money from trade in Asia, and almost every interior boasted Asian luxury goods.